In order to organize the festival in compliance with the sanitary measures established by the government, our team makes every effort to welcome you in the best conditions and ensure everyone's safety. Application of health measures in force from August 1 (health pass) Read more
Joyce DiDonato, Craig Terry
Exceptional lyrical recital
A recital by the American singer Joyce DIDONATO is a rare event, which no music lover can escape. Considered one of the most beautiful voices in the world, this lyrical mezzo-soprano, with crazy charisma, and to her side Craig TERRY her essential pianist, will take you far away. 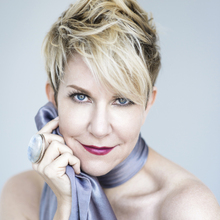 Multi Grammy Award winner and 2018 Olivier Award winner for Outstanding Achievement in Opera, Kansas-born Joyce DiDonato entrances audiences across the globe, and has been proclaimed “perhaps the most potent female singer of her generation” by the New Yorker. With a voice “nothing less than 24-carat gold” according to the Times, Joyce has soared to the top of the industry both as a performer and a fierce advocate for the arts, gaining international prominence in operas by Handel and Mozart, as well as through her wide-ranging, acclaimed discography. She is also widely acclaimed for the bel canto roles of Rossini and Donizetti.

Much in demand on the concert and recital circuit she has recently held residencies at Carnegie Hall and at London’s Barbican Centre, toured extensively in the United States, South America, Europe and Asia and appeared as guest soloist at the BBC’s Last Night of the Proms. Recent concert highlights include the Chicago Symphony Orchestra under Ricardo Muti, the Berlin Philharmonic under Sir Simon Rattle, Orchestre Révolutionnaire et Romantique under Sir John Eliot Gardiner, the Philadelphia Orchestra under Yannick Nézet-Séguin, and the Accademia Santa Cecilia Orchestra and the National Youth Orchestra USA under Sir Antonio Pappano.

Joyce’s 19/20 season sees her staged debut as Agrippina in a new production at the Royal Opera House, returns to the Metropolitan Opera as Agrippina and Charlotte Werther, and performances as Semiramide at the Liceu Barcelona. She is Carnegie Hall’s 19/20 Perspectives Artist with appearances including the Chicago Symphony Orchesrta under Muti, with Nezet-Séguin in recital performing Schubert’s Winterreise, a Joyce & Friends chamber music concert joined by the Brentano Quartet and pianist Byran Wagorn, a baroque inspired programme My Favourite Things with Il Pomo d’Oro, as well as live-streamed masterclasses. Also with Il Pomo d’Oro, the season holds the final tour of her album In War & Peace to South America culminating in Washington DC, as well as a European and US tour of My Favourite Things.

Other highlights include a tour with the Orchestre Métropolitain under Nézet-Séguin; touring her latest album release Songplay in Europe and recorded concerts of Berlioz Roméo & Juliette with John Nelson and the Orchestre Philharmonique de Strasbourg.

An exclusive recording artist with Erato/Warner Classics, Joyce’s award-winning discography includes Les Troyens which in 2018 won the Recording (Complete Opera) category at the International Opera Awards, the Opera Award at the BBC Music Magazine Awards and Gramophone’s Recording of the Year. An extensive recording artist, other recent albums include Songplay, In War & Peace which won the 2017 Best Recital Gramophone Award, Stella di Napoli, her Grammy-Award-winning Diva Divo and Drama Queens. 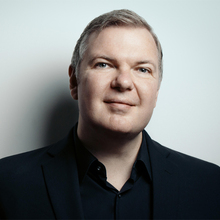 Mr. Terry hails from Tullahoma, Tennessee, received a Bachelor of Music degree in Music Education from Tennessee Technological University, continued his studies at Florida State University and received a Masters of Music in Collaborative Piano from the Manhattan School of Music where he was a student of pianist Warren Jones.